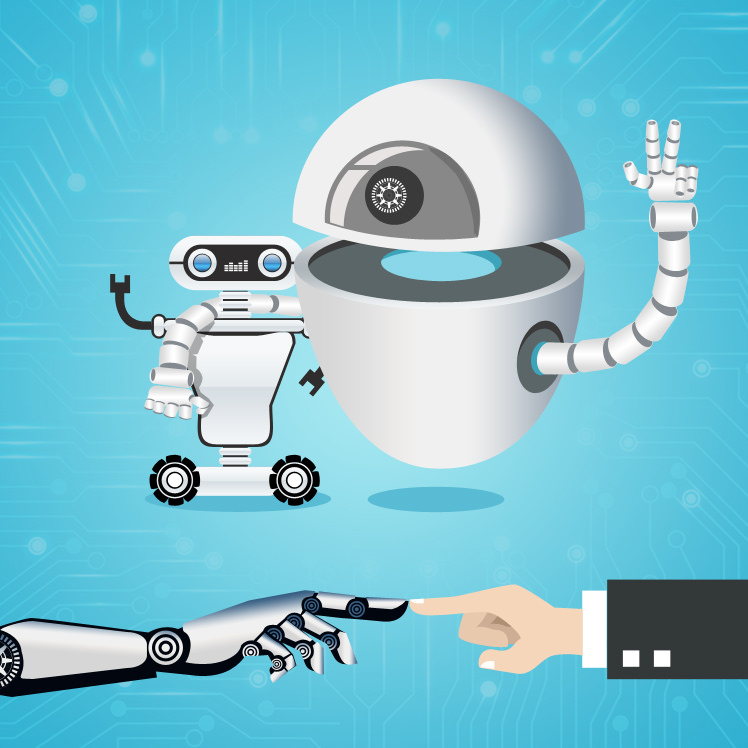 John McCarthy in 1955, defined Artificial Intelligence (AI) as the science and engineering of making intelligent machines. In the 1960s, he conceived the idea of computer time-sharing or networking, which allowed users to share data by linking to a central computer. The innovation was a precursor of cloud computing – a method of storing data on a remote server accessible via the internet.

There is the absolute need to develop machines that can outperform the humans by capitalizing and improving on their fallibilities. The limitations of the brain to handle data are overcome by AI. AI should, however, be able to work with encrypted data in order to be very effective, since exposing the data for any reason is a very big risk.

This would have been mission impossible but the Blockchain due to its decentralized nature and encryption can, however, potentially neutralize the risk of one party’s monopoly of AI. AI algorithms can become Decentralized Autonomous Organizations (DAO) that are able to operate autonomously and in a decentralized way through smart contracts. No central party will be the absolute decision-making body.

The infusion of the Blockchain and AI can overwhelmingly and immensely be beneficial to humans in a lot of ways and the following 4 are just the tip of the iceberg.

Sometime in April 2018, at least 18 pharmaceutical companies and more than 75 startups were reported to be applying machine learning to drug discovery which is the complex, expensive process of identifying and testing drug compounds. These companies are sinking hundreds of millions of dollars into the project with the conviction that AI will reduce costs, shorten timelines, and lead to new and better drugs.

Andrew Hopkins, CEO of Exscientia said on the development of a drug that “By having the AI make better designs and better decisions about what compounds to make and test, we are ultimately conducting fewer experiments. Fewer experiments mean you’re saving time and money.

The other big advantage is helping us identify and select [drug] targets. We use a wide range of predictive models; in fact, we’re agnostic to model type. It depends on the datasets and the challenge you’re facing. Of all the different methodologies we’ve investigated, we’re finding that evolutionary computing is the one which most closely mimics human creativity.

One of the issues we had in computer-aided drug design over the past 20 years was that often compounds being generated were really quite unattractive for chemists to synthesize. The beautiful thing now is that the compounds developed by our systems really look and feel and smell like something a human chemist would design and want to synthesize.

Ultimately, we want AI to lead to better drugs. In the projects we’ve undertaken so far, we are noticing the molecules we generate tend to be more efficient—at a lower molecular weight and sometimes better biopharmaceutical properties—than other molecules in the same class for a drug target.

We think this is fundamentally a result of an algorithmic approach. Because [the molecules] are under certain selection pressure, there has to be a reason for every atom to survive in a particular molecule: Is it adding to the potency, is it contributing to selectivity required, is it adding drug metabolism benefits? So there are interesting properties coming out that are directly derived from the algorithms.”

Blockchain could also smooth the way for new drug development by enabling a patient’s medical result to be broadly accessible inasmuch as their permission had been sought and granted. This could help control feign or counterfeit drugs implications that have greatly cost pharmaceutical companies.

According to a research carried out on The Health and Economic Effects of Counterfeit, the Department of Homeland Security confirmed that ”counterfeit and pirated goods” pose a serious threat to the American consumers, the country’s critical infrastructure, and national security.

This has also been discovered to also cost US businesses more than $200 billion annually, and over 750,000 jobs were lost on this account. However, implementation of blockchain in this area strengthens the borderline on drug development and enhances trustworthiness in the supply chain whereby citizens will no longer be scared of consuming counterfeited drugs.

The Blockchain technology is synonymous with immutability which means the data is traceable and auditable and this is an area that AI will capitalize on. An underlying principle of computer systems is GIGO –Garbage In Garbage Out. AI without an iota of doubt is wholly dependent on large streams of data.

It’s not a hidden fact that a handful of individuals and corporations maliciously tamper with the data provided to alter the results. Another source of garbage data could be from unplanned malfunctioning of sensors and other data sources.

When segments of verified datasets have been created with the blockchain, models can then be built successfully and implemented upon only datasets which have been verified. This will detect any faults or irregularity in the data supply chain. The stress usually encountered in troubleshooting and finding abnormal datasets is seriously reduced since the data stream is now available in segments.

Any progress in the field of AI is completely dependent on the input of data – our data. It’s only when there is an adequate and right source of data that AI receives information about the world and things happening on it. Basically, data feeds AI, and through it, AI will be able to continuously improve itself.

On the other side, blockchain is essentially a technology that allows for the encrypted storage of data on a distributed ledger. It allows for the creation of fully secured databases which can be looked into by parties who have been approved to do so. When combining blockchains with AI, we have a backup system for the sensitive and highly valuable personal data of individuals.

However, when it comes to medical or financial data and taking into consideration that in March 2018,  the Department of Justice indicted nine Iranian hackers over an alleged spree of attacks on more than 300 universities in the United States and abroad and other forms of cybercrimes we are grappling with in the world presently, this data is definitely too sensitive and it’s precarious to hand such over to a single company and its algorithms.

Storing this data on a blockchain, which can be accessed by an AI, but only with permission and once it has gone through the proper procedures, could give us the enormous advantages of personalized recommendations while safely storing our sensitive data.

Since we expect and work towards AI algorithms handling and processing a very large volume of data and variables, it will definitely get too complex to comprehend the workings of the machine as a result of this it will become increasingly difficult for data scientists to understand how these programs came to specific conclusions and decisions. It’s, however, absolutely necessary that we must continue to audit conclusions made by AI because we want to make sure they’re still reflecting reality.

The blockchain technology has, however, afforded use the availability of immutable records of all the data, variables, and processes used by AIs for their decision-making processes. The synergy of both the Blockchain and AI makes it far easier to audit the entire process.

With the appropriate blockchain programming, all steps from data entry to conclusions can be observed, and the observing party will be sure that this data has not been tampered with. It creates trust in the conclusions drawn by AI programs. This is a necessary step, as individuals and companies will not start using AI applications if they don’t understand how they function, and on what information they base their decisions

There is, however, a likely disadvantage of absolute dominance. AI consumer applications being great innovations for the fact that they can rid humans of iterative daily tasks and save users a lot of time, is regarded as about the key asset for nations to become the world’s dominant country.

It’s unequivocally truthful that once AI has been developed enough and with the synergy and attendant perfection of the blockchain technology input, it will lead to major strategic advantages because of AI’s superior intelligence to humans. We can only imagine the absolute power that will be under the control of the first network to create a superior AI.

The undeniable truth is that whoever first break this jinx will become the ruler of the world and can dictate to others at will. Tesla CEO Elon Musk describes the picture very vividly when he said that “AI is a fundamental existential risk for human civilization and I don’t think people fully appreciate that.”